19 Best Asian YouTubers to Collaborate With in 2023 [Full Review]

With influencer marketing and video marketing dominating the digital marketing landscape in 2023, YouTube Influencers are a vital component of successful marketing.

YouTube also has high engagement rates when compared to other channels like Facebook, with users consuming 1 billion hours of videos daily, with an average of 11mins and 24 seconds per visit.

The three most popular types of video content viewed are product reviews, how-tos/tutorials, and top lists, which are all great formats for marketing!

Geographically, as of 2021, India is the biggest consumer of YouTube content, followed by the USA. Asian countries make up five of the top ten countries in terms of user count.

As you can see, YouTube is a hugely valuable marketing channel, especially for influencer collaborations with Asian YouTubers!

Let’s take a look at how popular YouTube is in Asia, and at some of the top Asian YouTubers to collaborate with.

The Asian YouTubers we have chosen are mainly individuals who have grown audiences of over a million subscribers, with impressively high view rates on their content. They’re in a variety of niches, from comedians to games, foodies, fashion bloggers, and beauty gurus.

So, let’s dive right in!

Skip to What You Need

In the USA, 73% of the population over the age of 15 uses YouTube, and Asian countries are fast catching up.

With 225 million users, India has the most YouTube users in the world, and Asian countries account for three of YouTube’s top five countries by user count.

India’s T-Series music channel is one of the most subscribed YouTube channels in the world, with 205 million subscribers.

East and South-East Asian (SEA) countries like Thailand, Indonesia, Vietnam, and Singapore are also using YouTube more than ever before.

According to Think With Google, “SEA’s YouTube users drive 20% of all video consumption around the world, and 83% of users in SEA watch online video daily”.

Some Asian YouTubers from those countries have more than 10 million followers, comprising local and global viewers.

For marketing, collaborating with Asian YouTubers will help you reach huge audiences across a large number of different Asian countries.

Given that video marketing and influencer marketing are dominating globally, and the e-commerce market size in SEA alone is worth $120 billion, YouTube influencer collaborations are a highly valuable channel to use for anyone selling in the region.

So, who are the top Asian YouTubers to collaborate with?

Top 19 Asian YouTubers to Collaborate With

Our selection includes both male and female influencers, in niches from Asian fashion bloggers to gamers and foodies.

No matter what your niche or your target audience, one of the following will be the perfect Asian influencer for your brand:

Hajime Syacho/Haijme is one of the biggest YouTubers in Japan, with over 10 million subscribers. He also has 4.7 million followers on Twitter and 1.1 million on Instagram.

His content centers around entertaining pranks, skits, and ‘science experiments’, like filling a bathtub with mentos and Coca-Cola or a swimming pool with slime. They’re light-hearted and funny, over the top, and highly entertaining to watch!

He works with many different brands, does product review videos, and participates in events and campaigns for various companies.

Ryan Higa/Nigahiga is one of the most famous Asian YouTubers in America. He’s been big on YouTube since 2006 and has over 20 million subscribers.

His content is comedic, including the ‘how to be’ series that catapulted him to fame back in 2008.

The name Nigahiga is an amalgam of the words ‘niga’, which is Japanese for ‘rant’ Higa, which is his surname.

The Triggered Inssan channel posts funny commentary, rants, roasts, and comedy sketches. He is also a gamer, with a separate YouTube channel, Live Insaan that focuses on gaming content only.

Park Hye-min/PONY Syndrome is an Asian beauty blogger, makeup artist, and author. She is also South Korea’s most famous beauty YouTuber, with over 5.9 million subscribers!

She posts behind-the-scenes vlogs, makeup reviews, tutorials, and a variety of other makeup and beauty-related content. Brands she’s collaborated with include Dior, Clinique, L’Oreal, and Karl Lagerfeld.

PONY Syndrome is one of the few K-beauty channels that features English subtitles and beauty looks/transformations that appeal to a broader, global audience.

The Asian American trio produces content across a number of genres, with everything from thoughtful, insightful pieces to comedy and light-hearted capers.

Kinoshita Yuka is the biggest Japanese YouTuber with over 5 million subscribers. Her content is all food-related and mostly ‘mukbang’ videos where viewers can watch tiny Kinoshita Yuka eat massive amounts of high-calorie food.

One of her most popular videos is of her eating 4kg of fried chicken in one sitting.

Many of her videos have English subtitles, which has helped her attract a global audience that loves to watch her eat. She also posts ASMR videos of eating sounds.

Hikaru Kaihatsu/HikakinTV is a beatboxer and musician/composer who has worked with the likes of Ariana Grande and Aerosmith. He is one of Japan’s most popular YouTubers and co-founder of the Japanese multi-channel network UUUM.

He posts music videos, interviews, funny skits, and viral challenges. He has several other channels, but Hikakin TV is the biggest, with over 10 million subscribers.

In addition to his staggering success on YouTube, he has also been named one of Time Magazine’s Next Generation Leaders (2019) and Forbes 30 Under 30 (2020).

He has become the biggest YouTuber in Indonesia and one of the top 120 in the world in 2021. In addition to his YouTube fame, he starred in 13: The Haunted and The Return of the Devil Child.

She has a massive YouTube audience of over 29 million subscribers, and an equally huge presence on Instagram, with 29.6 million followers.

Nutticha Namwong/Kaykai Salaider hugely successful female Asian YouTuber from Thailand. In 2019, she was the first Thai YouTuber to reach 10 million followers and has not looked back since.

Her content is upbeat and light heated, focusing on her life and adventures through her educational journey. She also posts some beauty content and has released a skincare brand of her own.

Mohammad Almutairi/Kwili is a storyteller, blogger, and YouTuber from Kuwait. His content is focused on telling stories, poetry, and collaborative content. Some of his work is quite somber, but his 5.4 million subscribers show how well received it is!

He has more than 2 million subscribers, and his most viewed video has 7.9 views! He posts prolifically, with an average of 30 new videos a month.

Ridhwan Azman is an actor and YouTube influencer from Singapore. He posts comedy skits, parodies, music, and collaborative content. His videos are in English and have English subtitles too.

Alieff Irfan is a 21-year-old Malaysian YouTuber with over 4 million subscribers. His content focuses on amusing, entertaining videos of drama parodies, pranks, and music mashups.

Amit Bhadana is an Indian YouTuber and comedian. He is also a brand ambassador for the e-sports and gaming platform Mobile Premier League (MPL).

He has almost 24 million subscribers, despite not posting a huge volume of videos. His content consists mainly of comedy sketches and parodies.

Krit Boonyarung/Bie The Ska is a YouTuber from Thailand, who posts mainly comedy skits and popular culture and music video parodies.

He started out recording parodies of songs to amuse his friends during stressful exam periods when he was still studying.

They were popular and people kept asking for more so he started the youtube channel and now has over 13 million subscribers. His Squid Game parody had over 7 million views in under three months.

Hello Catie is a Taiwanese influencer, beauty blogger, and professional makeup artist. Her channel has over a million subscribers, and her Facebook and Instagram have over 400K followers each.

On YouTube, she posts a daily vlog and makeup tutorials, style lookbooks, and beauty product reviews. On her other social channels, she posts beauty, fashion, and lifestyle content.

oNaiyarat Thanawaigoses/zbing z is a Thai gamer and YouTuber. She is well-known for her game live-streams and game casts, with commentary in male and female voices.

In conclusion, influencer marketing, video marketing, and collaborating with popular Asian YouTubers is a great way to reach the highly valuable Asian market.

Our list of top Asian YouTubers to work with includes hugely successful influencers from a variety of niches.

No matter who your target audience is, there is an ideal Asian YouTuber to collaborate with here!

Are you ready to dig deeper and reap the rewards of influencer and video marketing for your brand?

Check out these insightful resources:

Who is the most famous Asian YouTuber?

India has the most YouTube users in the world, with 255 million users. The country with the highest percentage of the population using YouTube is Israel, with 93% penetration. Read the full article for more YouTube use statistics.

Backlinko: How Many People Use YouTube in 2022? [New Data]

Inzpire.me: How to Leverage YouTube Influencer Marketing: The 2021 Guide

Think With Google: How YouTube Influencers Are Rewriting the Marketing Rulebook

Think With Google: There Is Something for Everyone: What Are People in Southeast Asia Watching Online? 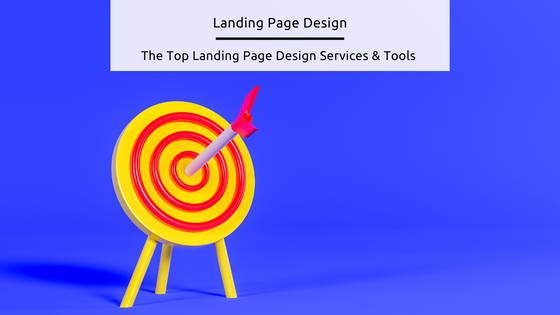 Do you need a professional landing page design service to create landing pages that achieve their fu... 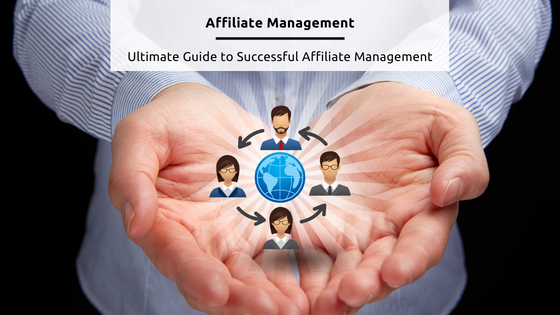 Affiliate Management: The Simple Guide to Boost Sales for Marketers in 2023 [Updated] 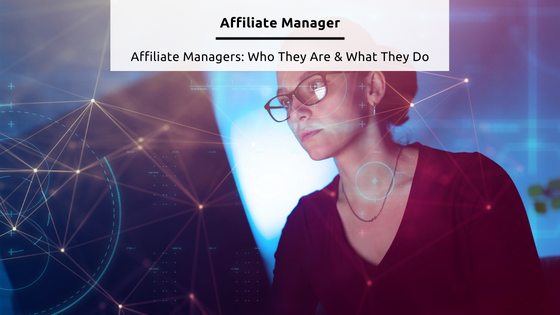 Affiliate Managers: Who They Are and How They Can Maximize Your Profits in 2023 [Full Breakdown] 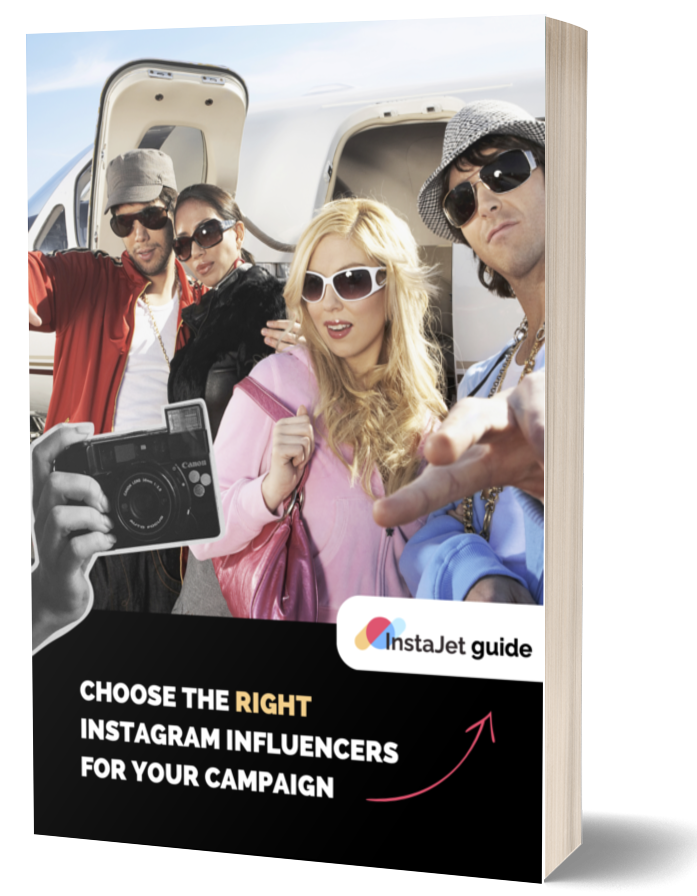